See the full story below 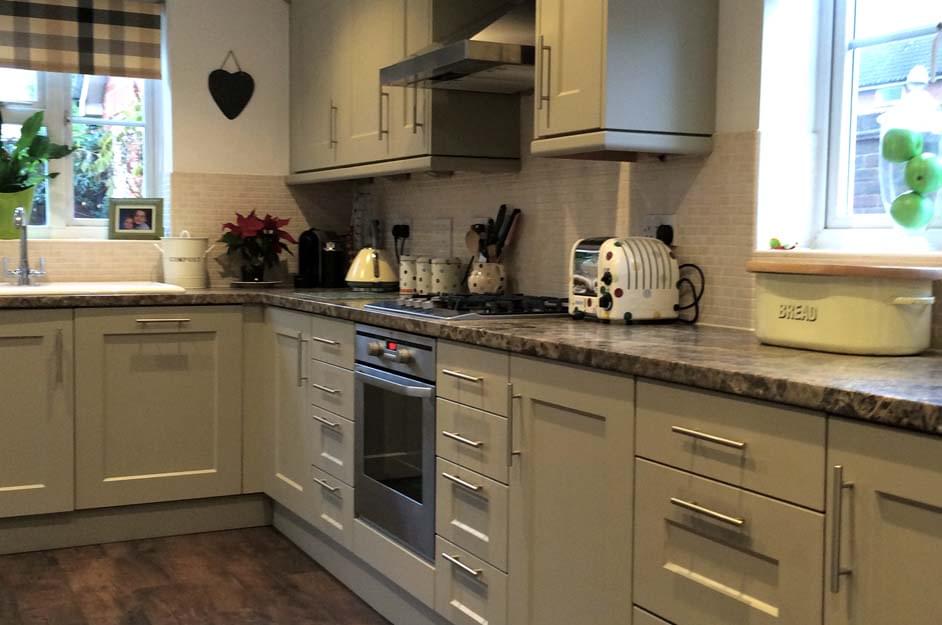 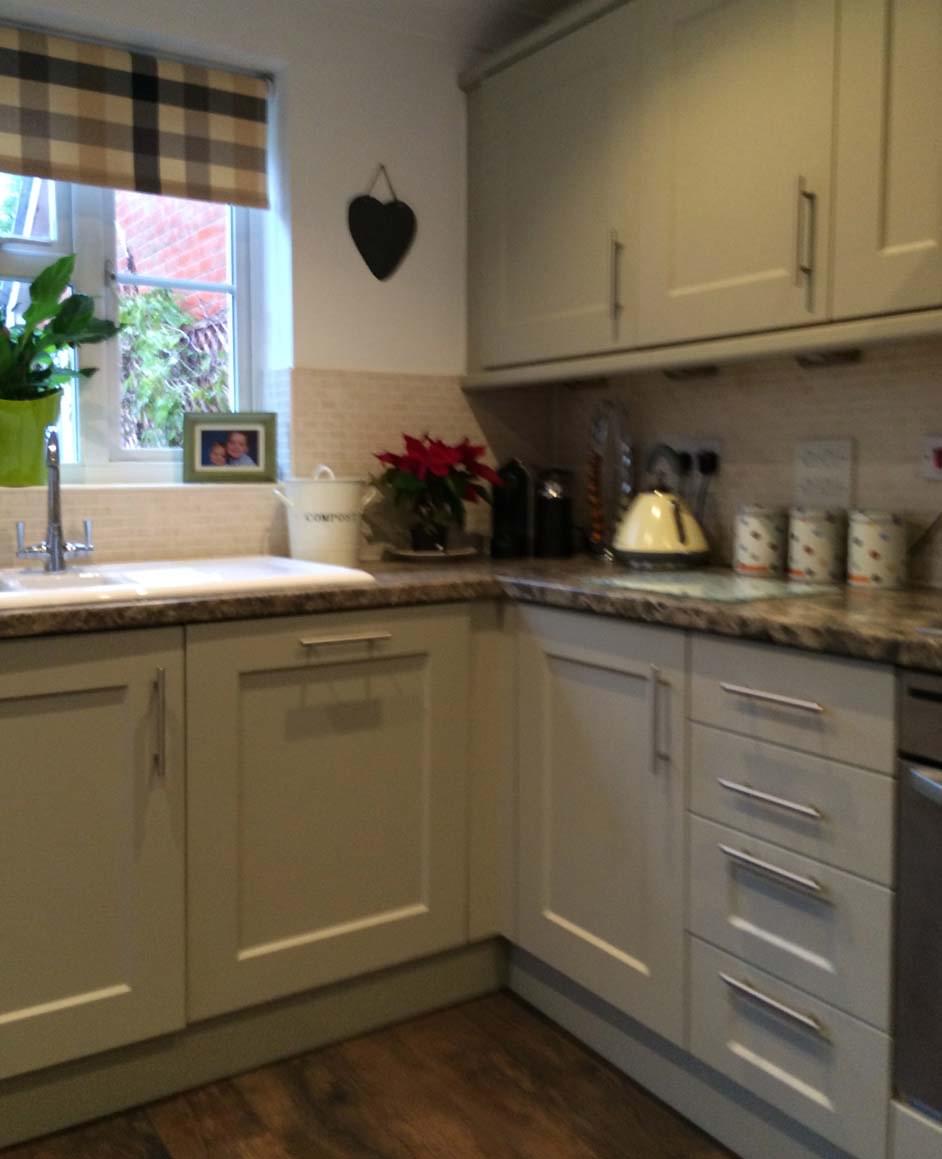 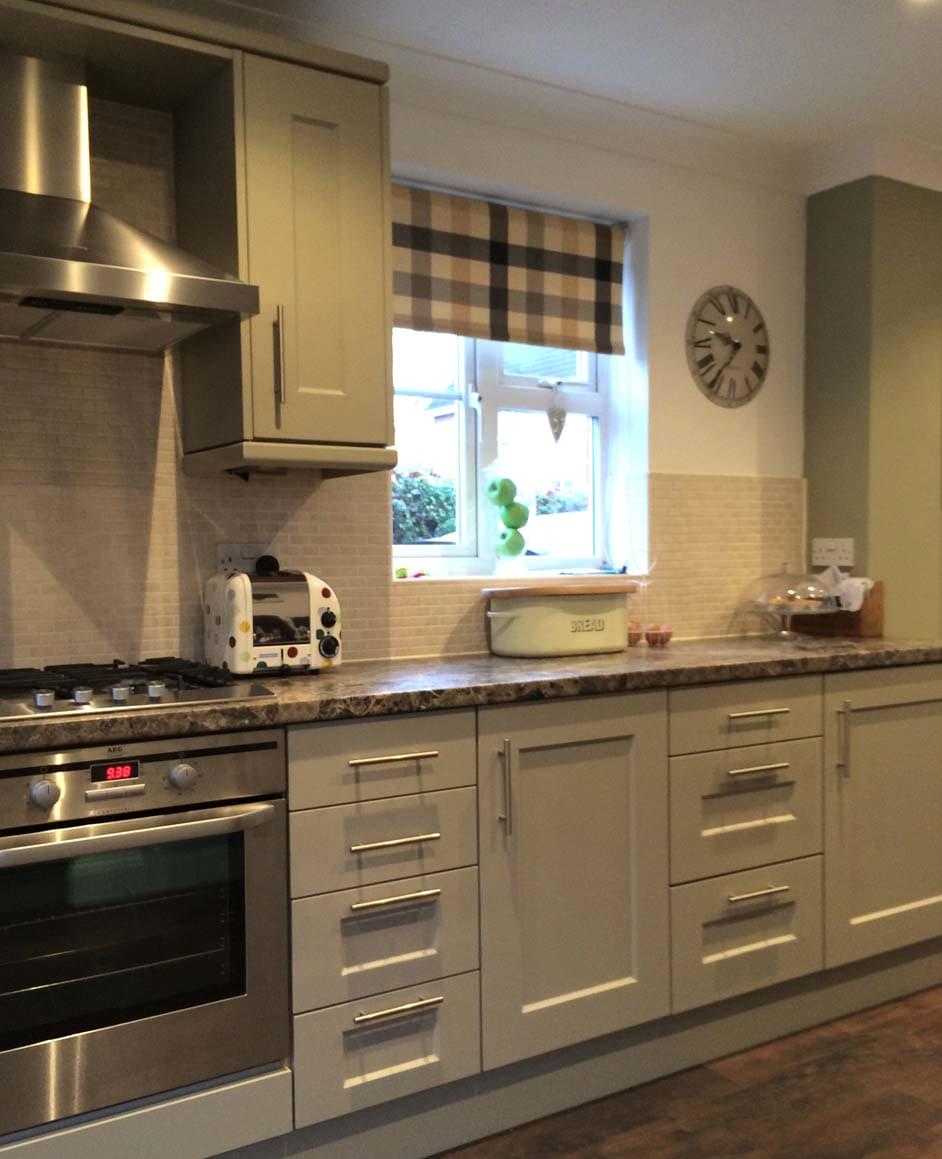 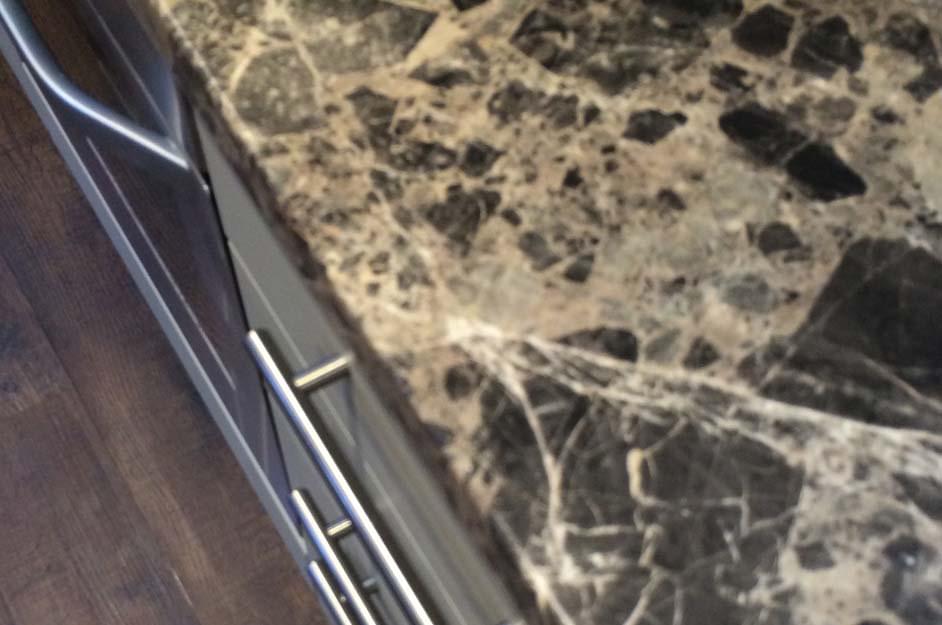 Our customers were recommended to come and see us by their parents who we had previously done a kitchen and bedroom makeover for, as well as installing new worktops and a sink and taps for the customer’s brother.

They wanted to change the modern and soulless doors supplied by the developer in the existing kitchen to a more personalised, painted traditional look. Rather than going for an actual hand painted door we suggested they went with an emulated look with the matt dakkar colour and shaker style door. This gave the appearance of being hand painted but was a lot kinder on the budget. We also chose a dramatic worktop which harmonised with the colour-scheme completing the look.

What could we do for you?